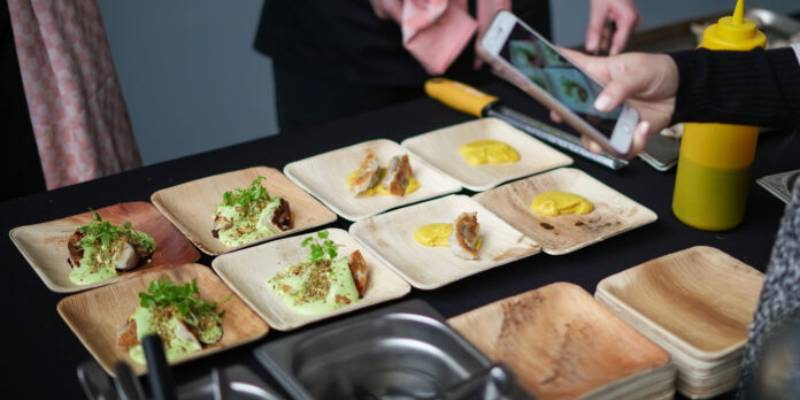 Tour & Taxis, one of the conical structures of Brussels, hosts the first Festival of Brussels called Streat Fest. The festival, which will be held between 12-15 May, brings together street food, artisans, art, and music. At the same time, more than 50 chefs and restaurants will showcase their vision of street food.

There will also be those who are already well known for their street food such as Italian duo Ugo and Francesco of restaurant Racines, Mo Mo, Smash, Ganesh, Bia Mara, Kong, Kitsune, and Gaufres and Waffles the concept that has recipes by two-star chef Yves Mattagne.

Streat Fest also will include a number of ways to experience gastronomy. Courses on classic cuisine, patisserie, vegeterian cuisine, wine and mixology will be offered. There will also be workshops organised on how to pair cheese with beer or tea, Argentinian cuisine, sustainable cuisine and a workshop on coffee.

Streat Food also offers different gastronomic experiences such as classical cuisine, patisserie, vegetarian cuisine, wine, and mixology classes. There will also be a workshop on the compatibility of cheese with beer or tea, Argentine cuisine, sustainable cuisine, and coffee. There is also a tutorial on the subject.  “How to take food photos for Instagram?” The organizers did not forget the children, and they also prepared a children’s corner for the little visitors during the festival.

The festival will also include over 20 musicians and Belgian Djs. There will be Le The Methane, Suicide Sue, Funky Bompa, Estelle Balde and Twin Toes, Pacemark, Laura Crowe & Him and Maleck among others.

Early bird tickets cost Eur 9.99 while tickets purchased at a later stage will cost either Eur 12.50 or Eur 14.99. During the fest, every dish will cost Eur 5. The daily programme will be available at a later stage on the website. The festival opens at 5pm on Thursday and Friday and ends at midnight while it will be open from 11am to midnight on Saturday and Sunday.