Dan Barber, One of the Star Chefs, at Gastromasa 2022! 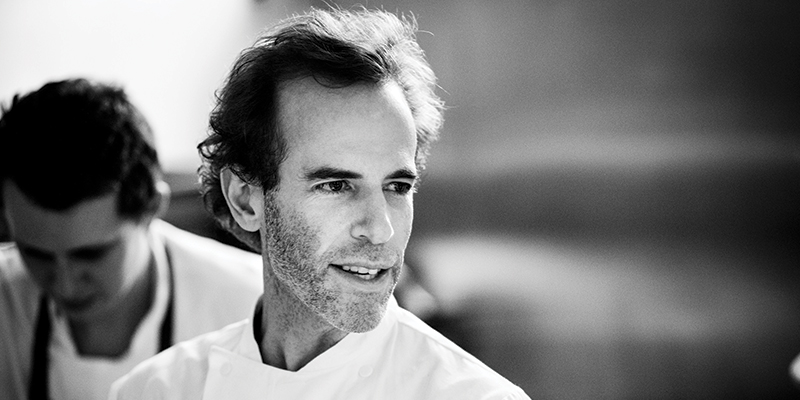 Dan Barber, one of the star chefs, is meeting with the gastronomy industry and its fans in the organization that will take place at the Haliç Congress Center.

Dan Barber is the chef and co-owner of Blue Hill and Blue Hill at Stone Barns in New York, and the author of The Third Plate. Barber also co-founded Row 7 Seed Company, which brings together chefs and plant breeders to develop new varieties of vegetables and grains.
He has been called America’s philosopher chef, a zealot committed to changing the way we eat. Dan Barber is to sustainable farm-to-table dining what Hervé This was to molecular gastronomy. Central to his holistic vision is a complete overhaul of the way farms farm, cooks cook, and diners dine, so that a symbiotic thread joins them all together. From his Blue Hill restaurant in Manhattan, to his Stone Barns Center for Food & Agriculture, Barber’s mission is to link our tastes as diners to the needs of farms and the land itself.
Blue Hill has one Michelin star, and it was awarded 3 stars by food critic Frank Bruni in the New York Times. In 2018, Blue Hill at Stone Barns reached No.12 on the World’s Best Restaurants list, and won the Chef’s Choice award. Dan Barber has received multiple James Beard awards, including Best Chef New York City in 2006 and Outstanding Chef in 2009. In the same year he was named among Time magazine’s 100 most influential people in the world. And he was appointed to serve the US government by President Barack Obama.
He is a 1992 graduate of Tufts University, where he received a B. A. in English, and a graduate of the French Culinary Institute.
By the time he opened Blue Hill restaurant in Greenwhich Village in 2000, he was only just beginning to understand the importance of good farmers in creating great flavours. Every ingredient on the plate at Blue Hill must have a purpose and a meaning. Every plate must add up to something larger still. And all of it must loop back to the farmers, the land and the whole ecosystem.
Dan Barber’s accolades are one thing, but it is his voice that will have lasting impact on the way we eat. His position as one of the world’s most respected chefs helps him spread his message of sustainability and environmental awareness. His book The Third Plate is his manifesto, and it reminds us that some of the world’s most iconic recipes were made with ingredients that were grown out of the need to keep the soil fertile and healthy for future generations. His goal is that we keep that in mind with every delicious bite.