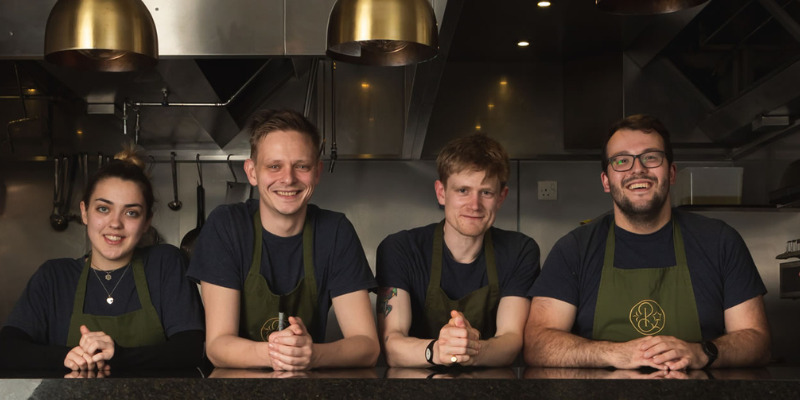 Chris Archer, who is head chef at the three AA-Rosette Pentonbridge Inn, wants the city to be ranked alongside the Lake District for the quality of its fine dining restaurants. A Cumbrian chef is aiming to put Carlisle on the food and drink map by creating a must-visit dining destination for visitors from across the UK.

Cumbria has become renowned for its food and drink in recent years and now has the highest number of Michelin starred restaurants outside of London, with eight restaurants scooping 10 Michelin stars between them in the 2022 edition of the Michelin Guide Great Britain and Ireland. Pentonbridge Inn, which sits in countryside close to the Scottish border at Penton, near Carlisle, was named Newcomer of the Year in the Good Hotel Guide’s 2019 César Awards and picked up an Editor’s Choice Award for pub-with-rooms in 2022. It retained its listing in the Michelin Guide in 2022, having first been included in 2021. The restaurant recently launched an eight-course tasting menu featuring ingredients from the restored walled garden of its sister business, Netherby Hall, a historic stately home four-and-a-half miles away at Longtown, near Carlisle.

Chef Archer said “We have worked extremely hard at Pentonbridge Inn over the past couple of years to build a great team, which works together to ensure that all of our guests have the best possible dining experience. We’re creating something really special here and I think anyone who visits us understands and relates to that”. Finally, for three years, works closely with the garden team at Netherby Hall to source up to 70 per cent of the fruit, herbs and vegetables used in the seasonally-inspired dishes on the set tasting menu at Pentonbridge Inn.