Time Out named the 10 best new restaurants in the world 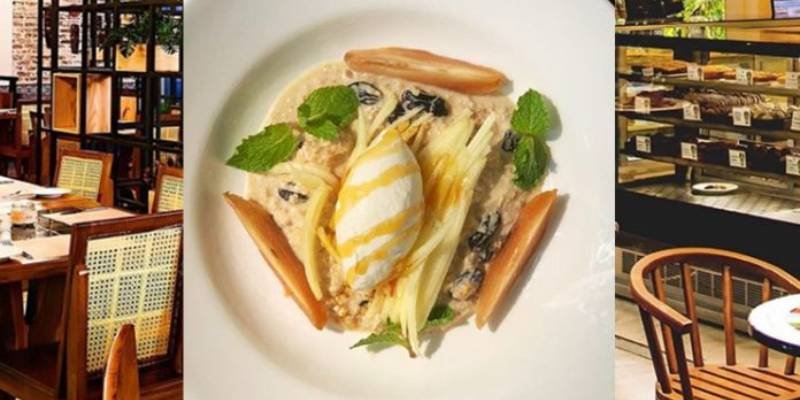 Although the hospitality sector has been negatively affected by the pandemic process, it continues to grow worldwide with new developments. Finally, the world-famous Time Out magazine introduced the top 10 restaurants opened in different locations around the world. The list features the newest restaurants from Hong Kong to Mexico.

Sessions Arts Club, which is ranked first, is one of the newly introduced venues in London. The restaurant stands out with its striking interior design and rich menu. Opened in partnership with chef Florence Knight, artist Jonny Gent and Jon Spiteri, the venue has already considered one of the best in London.

Located in Mexico City, the capital of Mexico, Mux includes local Mexican cuisine as well as rare known flavors on its menu.

Dalia, one of the newest representatives of the world-famous French cuisine, stands out with its 1000 square meter large area in Paris. The restaurant serves famous Mediterranean delicacies.

Located on the 101st floor of the iconic ICC Tower in Hong Kong, the restaurant offers its customers a true Italian cuisine experience, miles away from Italy.

Bicyclette, which is shown as one of the new favorite places of Los Angeles, represents the French cuisine quite successfully.

Lee Wolen, who operated a place called Boka in Chicago in the past years, opened the doors of Alla Vita by combining his experience and creativity. The restaurant, where you can experience various Italian flavors, is also appreciated for its stylish design.

The restaurant, run by the Johannesburg-based couple Victor and Thandi Ngwenya, represents African cuisine with its successful menu and creative presentation.

Opening with high expectations in Melbourne, Aru Restaurant has already received thumbs up from customers and critics. Bringing the Southeast Asian cuisine together with the Australians, the venue also has an open kitchen feature.

Gage and Tollner, which has been expected to open in New York for a long time, received great acclaim in a short time with its historical interior design and sophisticated interpretation of classic American cuisine.

Firangi Superstar opened its doors in Singapore for its first customers with its distinguished menu created with the famous tastes of Indian cuisine.