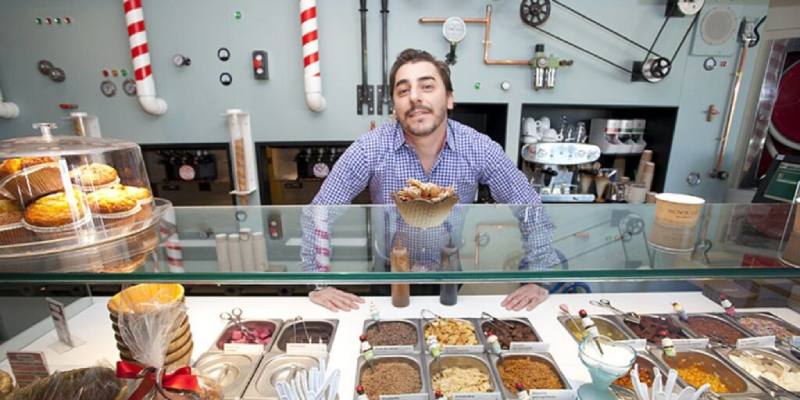 Called the Willy Wonka of Spanish gastronomy, pastry chef Jordi Roca has an ice cream shop called Rocambolesc in Girona, Spain. Chef Jordi Roca, who dreamed of opening an ice cream parlor since his childhood, says there is a connection between ice cream.

Chef Jordi Roca’s accomplishments and signature delicacies help El Celler de Can Roca to become one of the best restaurants in the world. All ice creams are made by combining the traditional and avant-garde techniques of chef Jordi Roca. In addition to the cigar smoke-infused ice-cream, which is one of the signature tastes, Rocambolesc, which is prepared with 36 different ingredients and offers many options including hot ice cream, offers delicious ice creams to the taste of the guests.

Inspired by Charlie’s Chocolate Factory, the concept is inspired by the chef’s colorful personality. Rocambolesc has four branches in Madrid, Barcelona, Girona and Alicante. The prices are reasonable and especially accessible to children.