The best bar in the world is backed as ‘Lyaness’ 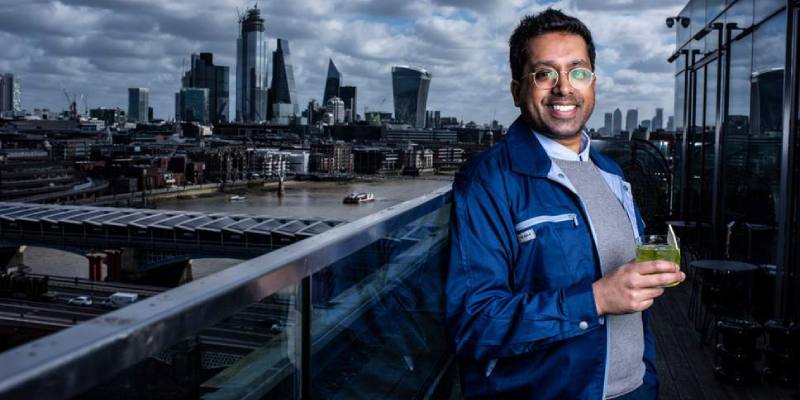 After last years win at the World 50 Best Bars award ceremony, Chetiyawardana decided to close up Dandelyan, to rise it again as something brighter and more appropriate the title.

Lyaness moves away from the traditional cocktail menu instead creating an offering from only seven ingredients.

These seven core ingredients include collaborations with Empirical Spirits and Compass Box Whisky Co. With guidance from the Lyaness team, guests can choose from the list of familiar ingredients manipulated into unfamiliar and exciting forms. The aim is to allow the customer to participate in the creation of bespoke cocktails that lead the drinker on a new path.

Ryan Chetiyawardana’s approach mirrors the restaurant world where chefs put produce first and allow the creative process to flow from that starting point. With this in mind, the team have created a number of unique flavours and tastes such as ‘Infinite Banana’, an alternative to the ‘fake’ banana (isoamyl acetate) taste. The ingredient is created through a range of different techniques from parallel fermentation to precision use of different parts of bananas. This produces a much richer, complex and enhanced flavour.

With the flavour, Empirical Spirits x Mr Lyan – the team worked with some of the world’s best chefs to create an exciting collaboration between Lyaness and Noma alumni. Challenging what a ‘spirit’ can be, the collaboration opens up new flavours and techniques to a wider audience without alienation.

The layout of the space was reimagined by Creative Director, Jacu Strauss of Lore Studio. There is emphasis on the theatre of the bar and its views across the Thames and the city of London.

“When we opened Dandelyan four years ago,” says Chetiyawardana. “It had a genuine relevance to what was happening in the industry and succeeded in shaping a movement towards sustainable drinking across London. Lyaness acts as an evolution of this legacy and has been born out of the desire to promote change as a positive approach and start afresh with a dynamic new approach. We’ve chosen to move away from the traditional cocktail menu and instead focus on seven common ingredients that have an element of familiarity to most people, allowing guests to really engage in their drinking choices and inject a whole new level of participation and fun into the experience of drinking and choosing cocktails.”