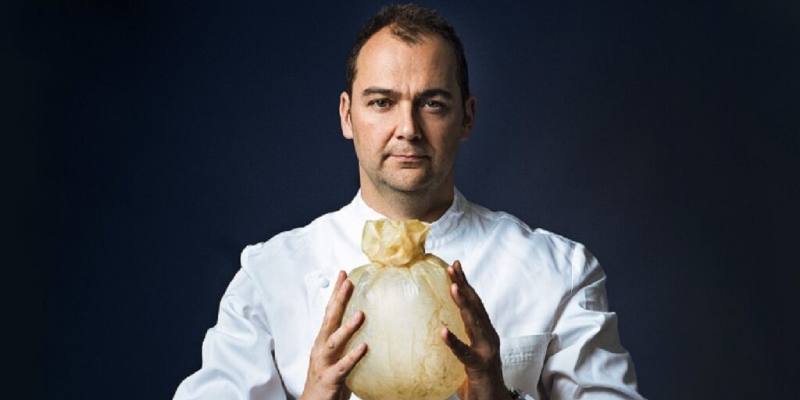 Dreams of becoming a cyclist and even competes with the national team of Switzerland. But for Daniel Humm, his passion for the kitchen stands out as final and he moves to the US in pursuit of his career as chef. We would never know what level he would have been if he had continued pedaling, but since he came to New York, he has always been considered as one of the world’s top 10 chefs.

Due to the geographical and cultural location of Switzerland, Chef Daniel Humm is born under the influence of many different cultures at a young age. He started working in the kitchen at the age of 14, and after working in many important restaurants and hotels in Switzerland, he won his first Michelin star in 24 years old. He then began working as a chef in San Francisco and New York and created a world-renowned fine dining culture.

Daniel Humm, co-founder and chef of the New York-based Make It Nice restaurant group, that owns Eleven Madison Park, NoMad and many other, describes the secret of success in fine dining restaurants as the work sharing.

In the last 20 years, the so-called global upswing in gastronomy, which has transformed the restaurants into a chef -focused industry, bringed Daniel Humm together with the right people in the right place. In 2003, after arriving in San Francisco, USA, he first started working as a chef at the Eleven Madison Park in New York. At the end of the last few years without compromising on success, Humm is buying the restaurant together with his partner Will Guidara.

Daniel and Will are still very good friends and jointly cooperate their restaurant group, that owns Eleven Madison Park, NoMad New York, NoMad Los Angeles and in a little more ‘casual’ concept, Made Nice. Compony took it’s name from the first words Daniel heard when he moved to the US. Make It Nice!

While the kitchen part of the enterprises belongs entirely to Daniel, the dining halls will be the responsibility of Will, who is originally a restaurateur.

A restaurant managed by both sides of the wall

In their first meeting with Guidara, they agree with the idea of present a restaurant service managed at a perfect level of professionalism by the both sides of the Wall, instead of a restaurant that runs by it’s fancy ambience of the dining rooms or the reputation of the chef in the kitchen.

In his ‘Breaking the Wall’ speech, at the Welcome Conference, Chef Daniel Humm touches upon the importance of the separation of service and the kitchen and points the system that they use in Make It Nice group as a secret to their success with his partner and friend Will Guidara. They are extremely respectful to each other’s professionalism, and with Eleven Madison Park they were the winner of the 50 Best Restaurant list last year. After a decision of restoration, Eleven Madison Park, which was closed in almost half of 2018, managed to find the 4th place in this year’s list.