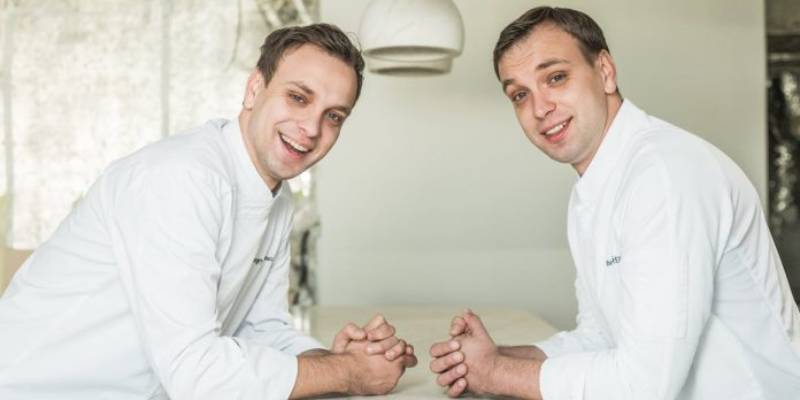 Chefs of Twins Garden, Ivan and Sergey Berezutskiy, which recently won the second Michelin star, introduced their new dish, 3D squid. Named ‘Science and Nature’, this dish was prepared with a 3D bioprinted squid. Saying that they created this concept to overcome allergies and contribute to sustainability, Ivan Berezutskiy says, “We want to delve into the world of food a little deeper than just frying fish in a pan as we’re interested in pushing the boundaries of the food world and looking to the future,” and gives the signals of 3D food technologies are now becoming a part of today’s world.

Saying that this concept emerged to overcome allergies, Ivan Berezutskity said, Many people are allergic to seafood, including some of our regular diners. So we decided to prepare squid from alternative products, not in the form of some kind of minced stuff, but so that the dish really does resemble squid. We wanted to help those with seafood allergies to perceive not only the taste and aroma but also its texture – that was the challenge. 3D-printing technology allowed us to reconstruct the shape of this sea creature and to reach maximum resemblance to the original. In the future, we believe this technique will help us to minimize the amount of food waste and cook more conscientiously because it’s the waste that we throw out every day that causes the greatest harm to the environment. We can print the exact amount of squid we need without overbuying or throwing anything away.”

3D food printing Technologies are starting to take place more and more in the world of gastronomy. Redefine Meat Project, recently supported by Marco Pierre White, and Belgian cholocate supplier Barry Cellabaut stand out as companies that produce food with 3D printing. Many successful chefs support this technology by adding it to the menu of their Michelin-starred restaurants.