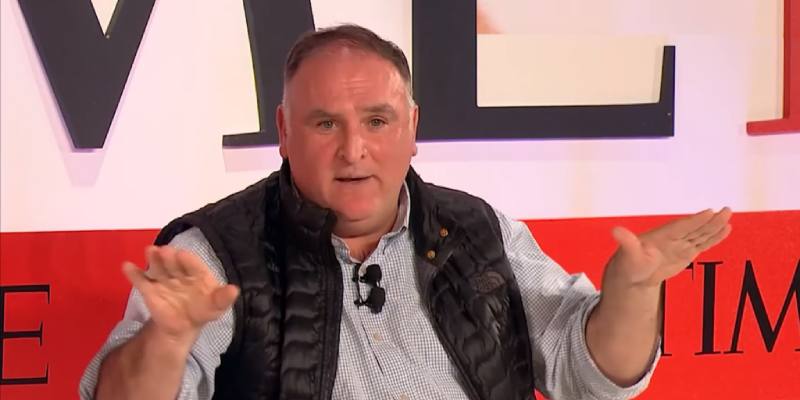 Since 2010, Andrés has rushed to disaster zones wrecked by shattering events like hurricanes, earthquakes and cyclones to do what he was professionally trained to do: provide food to the people who need it. Chefs, he said, are specifically equipped to respond to tragedy. “A kitchen is chaos. Cooks like me are genetically engineered to adapt to chaos,” he said. “We can be a good force of change to feed the many.”

Having fed millions in with his non-profit World Kitchen in disaster zones like Puerto Rico, Haiti, after wildfires in California, flooding in Nebraska and the recent cyclone in Mozambique, he has become a powerful voice for the hungry.

Andrés offered a solution that would help in eradicating hunger: open up access to clean cooking to the nearly three billion people in the world who use charcoal or wood in preparing their meals, creating fossil fuels. “Until we don’t end those three billion people stopping cooking with fossil fuels and we give them the same technology we have in our homes — the same clean technology, the same clean gas — so they can feed their families in a clean way, poverty and hunger will never end,” he said.