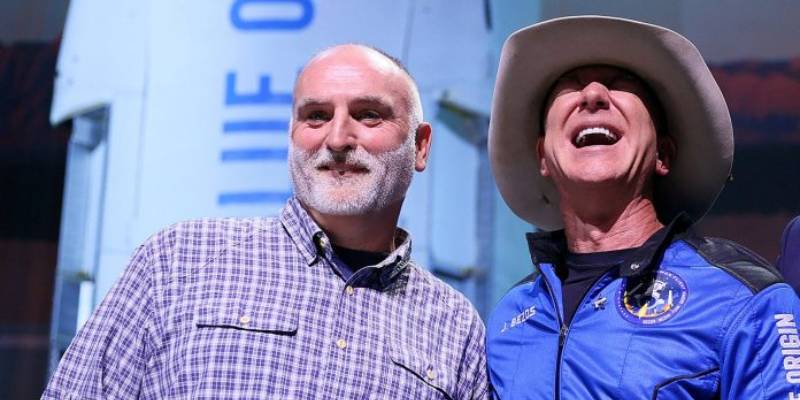 Jeff Bezos, founder and CEO of Amazon, awarded world-renowned chef José Andrés $100 million for his philanthropic work at the nonprofit World Central Kitchen. After returning from his much-publicised trip to the ‘edge of space’ in his rather interestingly shaped Blue Origin spacecraft, Bezos announced at a press briefing that José Andrés would be the recipient of $100 million as part of a newly created Courage and Civility Award, which recognises people who are working on solutions to global problems.

“I’m really grateful for this award, and the incredible support from Jeff and the entire Bezos family,” said Andrés in a statement. “World Central Kitchen was born from the simple idea that food has the power to create a better world. A plate of food is a plate of hope… it’s the fastest way to rebuild lives and communities.”

World Central Kitchen was founded by Andrés in 2010, and has since served millions of meals to people in need, especially in crisis situations. The organisation is currently providing food relief in flood-hit regions of western Germany, and recently responded to relief and recovery efforts at the building collapse site in Miami, Florida.