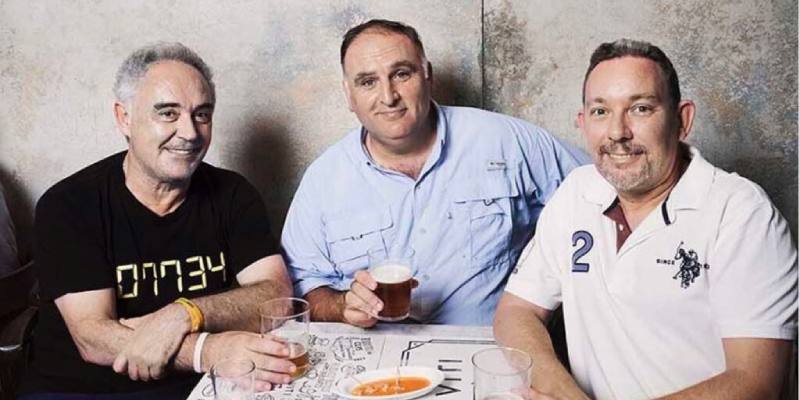 Spain’s three phenomenal names in the world of gastronomy, José Andrés, Albert Adrià and Ferran Adrià, will arrive in New York on March 14 with their project called ‘Mercado Little Spain’ in Hudson Yards.

With a format that feels very much like the famous food markets in Spain such as Barcelona’s La Boqueria, Mercado Little Spain is expected to be an all-day dining and shopping destination with two bars, 13 food stations, three full service restaurants and retail stores.

It didn’t take much for Andrés, known as the forerunner of Spanish cuisine in America, to convince the Adrià brothers, of El Bulli fame, to be on board the project. The three friends wanted to bring the best of Spain to the US for years now, and Mercado Little Spain is the first NY project for chef Andres, whilst being the first ever venture in the US for the Adrià brothers.

On deciding on the market format, Albert Adrià said on social media: “The mercado is a meeting point. The mercado is a culture point. Cuisine is culture and we are going to #NewYork, well, to show our culture. And what better way than through gastronomy, which is a beautiful way to learn about culture?”

Stay up to date with Mercado Little Spain via their website: www.littlespain.com