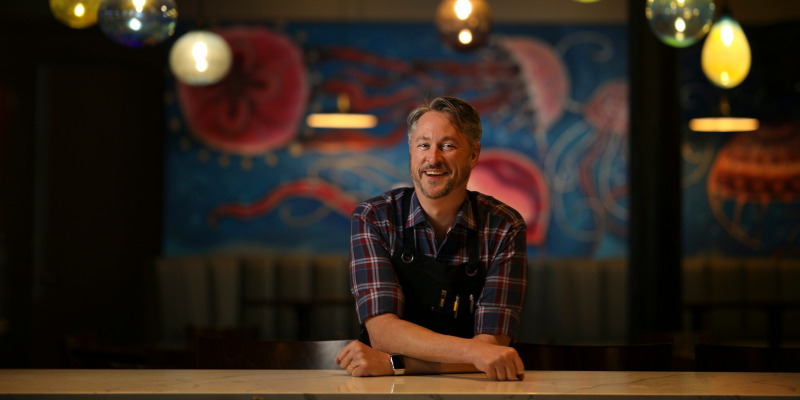 The menu will be influenced by the foods of San Sebastián, Bilbao and Pamplona and primarily be prepared over charcoal. McKee told for the new places “We’re trying to play it close to the vest, but we wanted to get the idea of what we’re doing out there, because it’s so hard to keep secret and I’ve been wandering around the North Loop lately and running into a lot of people, ‘What are you doing here?’ Now they know”. Also “It’s in some ways a related cuisine, but in a lot of ways, there are a lot of differences in approach, so I’m really excited about that,” McKee said. “I’m not that interested in revisiting what I’ve done. I’m more interested in starting culinary conversations that we aren’t currently having in the market here”.

In 2003, he opened Solera in downtown Minneapolis. The restaurant was the first in what would become a wave of Spanish influence in the Twin Cities in the early 2000s. McKee would depart that business years before its eventual closure in 2015. And said about this former work, “Part of the reason I’ve been hesitant to get back in is there’s a lot of pressure,” he said. “The restaurant business has always been pretty risky, and there’s been a lot of economic pressure that makes it even more risky. But I do see that starting to improve a bit, and I think it’s starting to stabilize”.