A chef’s passion for excellence: “Andre and His Olive Tree” 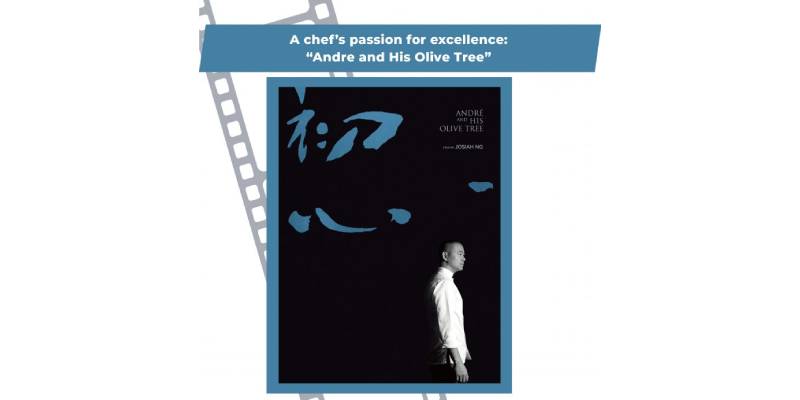 After a lifetime of culinary excellence and garnering major accolades in the industry, Taiwanese chef André Chiang has decided to close his retaurant, return his Michelin stars and pursure the essence of life. Directed by 32-year-ol Singaporean film maker Josiah Ng, “André and His Olive Tree” is a film that follows the closing of the famous restaurant André, from the announcement of chef André Chiang’s retirement to his team, to putting things right.

André Chiang, who trained with Michel Troisgros, Alain Ducasse and Pierre Gagnaire in France before opening his eponymous restaurant in 2010, said, “I feel I have a responsibility rather than something to prove. Restaurant André has nothing to prove.” Restaurant André, the owner of two stars in the 2016 Singapore edition of the Michelin Guide, closed on 15 February 2018, with the unexpected decision of André Chiang.